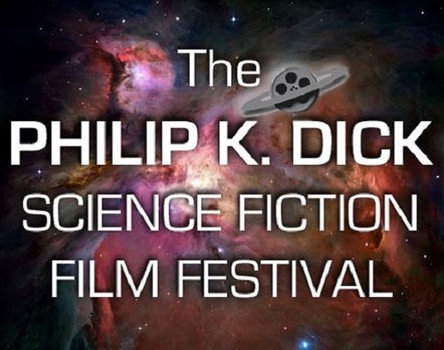 The Philip K. Dick Science Fiction Film Festival is gearing up for a second exciting year to honor of its namesake and one of the most celebrated novelists of the 20th century. Expanding its film and panel slate to various sub-genres, multiple venues in Brooklyn and Manhattan will hold screenings and gatherings from December 4-8, 2013 in what is expected to be yet another successful celebration of Philip K. Dick and his legions of
fans who continue his legacy by recreating the magic he bestowed on the world of science fiction.

The festival is now accepting submissions in science documentaries, science fiction shorts and features and films inspired or adapted from the works of Dick in themes including cyberpunk, dystopian realities, paranoia, altered states and singularity punk. Panels will include discussions on psychic children and superconscious, the singularity, trans-humanism, media influence, the science of tomorrow, cryonics, borderland sciences and anomalous aerial phenomena (AAP). Other activities include an extensive graphic novel and comic book section to accompany the film screenings and panels and a 48 hour
challenge to pick the best Dick-inspired short adaption. The festival will also host a series of independent science fiction screenings at Anthology Filmmakers throughout the summer and fall.
As further details come available in the coming weeks the festival anticipates another successful event, further solidifying the city’s underlying appreciation for Philip K. Dick. Last year’s festival saw record crowds of over 1,000 participants for the exclusive screening of John Alan Simon’s Radio Free Albemuth which was based on Dick’s 1985 novel posthumously published three years after his death. The weekend-long festival also held numerous film screenings and panels with Simon, esteemed professors Ronald Mallet and Enrique Ricardo Miranda, distinguished writers Angela Posada-Swafford, Walter Mosley and Dennis Paoli and science fiction experts Richard Dolan and Peter Robbins.

The team behind the annual festivities will also pioneer international events this fall in Lille, France and a spring 2014 cyberpunk festival in Tokyo. The Second Philip K. Dick International Film Festival of Science, Science Fiction, Fantastic Film and the Supernatural will return bigger than ever. For film submissions please visit the website You can also go to the festival’s Facebook page and follow all the happenings on Twitter for more information.

The Second Philip K. Dick International Film Festival of Science, Science Fiction, Fantastic Film and the Supernatural and the first of its kind to grace the screens of New York City is organized by filmmakers who understand the difficulties and challenges of telling a unique story in a corporate environment.

The year 2013 marks the second year of the festival which will expand it’s genres of films, panels and venues throughout Brooklyn and Manhattan. Guest speakers and writers that best represent the goals of the festival will attend the opening ceremonies. We look for original voices and visions in works submitted. Lastly, this is a festival by filmmakers for filmmakers.

Philip K. Dick (1928-1982) was one of the 20th century’s most profound novelists and writers within the science fiction community. His exploration, analysis and beliefs led to the publishing of 44 novels and 121 short stories. Dick’s enormous library of works led to several film developments including Blade Runner (1982), Total Recall (1990), Minority Report (2002), Paycheck (2003) and most recently Radio Free Albemuth (2010), The Adjustment Bureau (2011) and the successful remake of Total Recall (2012). The film industry is also awaiting the release of King of the Elves in 2014, which will surely be yet another prosperous depiction of Dick’s literary contribution to science fiction. Dick’s enormously effective views comprised of fictional universes, virtual realities and human mutation foresaw an exaggerated version of the current state of government and contemporary life. Though he is gone in the physical form his philosophies live on in the techniques applied to modern stories and films and generate large displays of appreciation and understanding.